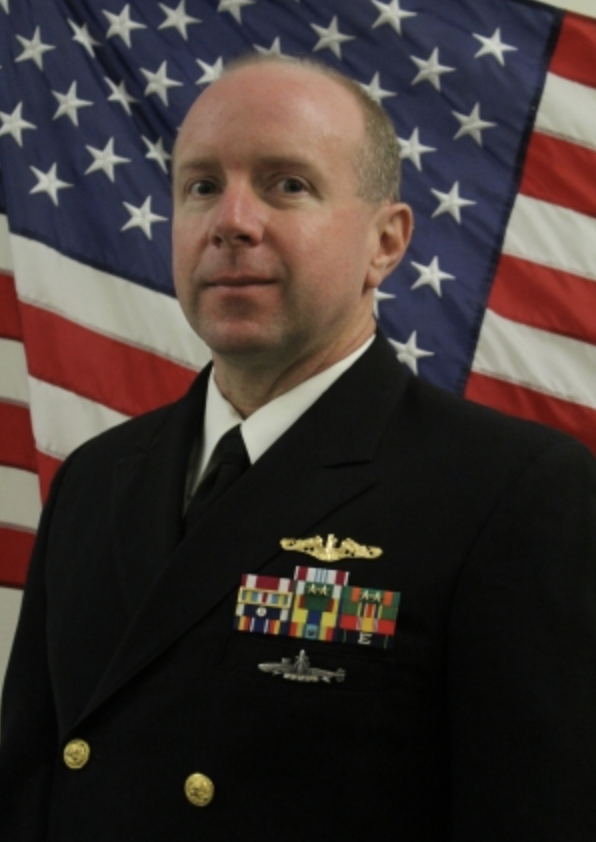 CDR Robert Hill is from Visalia, California.  He attended the University of California, Los Angeles where he was a member of the Bruin Battalion of the NROTC Unit Los Angeles Consortium.  He graduated with a BS in Biology and was commissioned in 1996.

CDR Hill served as the Executive Officer aboard USS COLUMBUS (SSN 762) from 2009-2011 in a tour that included another Western Pacific Deployment.  He then transferred to the Submarine Development Squadron (COMSUBDEVRON) TWELVE Tactical Analysis Group (TAG) where he served as the representative to Pearl Harbor, Hawaii.  In this role, he was embedded in the Submarine Force, U.S. Pacific Fleet (COMSUBPAC) staff as the Tactical Development Officer for the Submarine Force in the Pacific.  When the TAG became part of the newly-formed Undersea Warfighting Development Center, he stood up Detachment Pearl Harbor where he completed his tour as Officer in Charge.