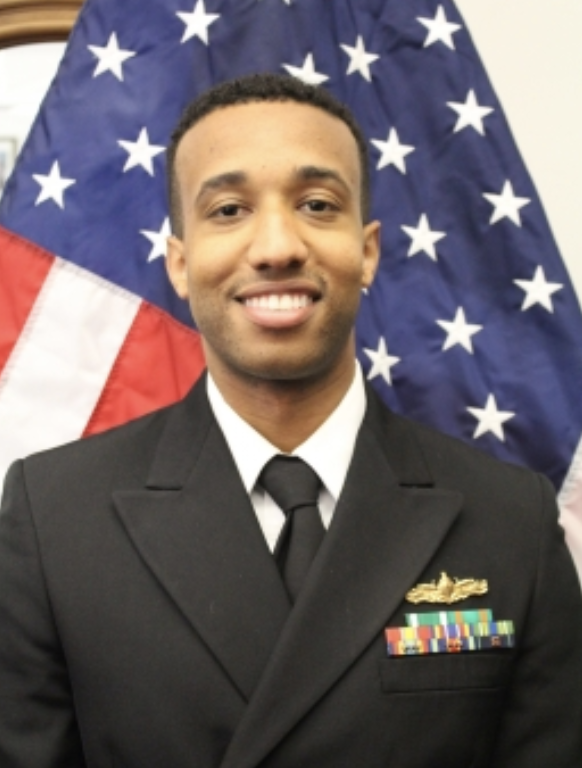 LT Eric Boyd is a native of Los Angeles, California and a 2010 graduate from Bishop Montgomery High School in Torrance, California and 2014 graduate of Morehouse College with a B.A. in Economics.

During the CSD-15 ASWO Tour, LT Boyd conducted numerous ASW exercises such as SHAREM 188, 192, 193, and 194, ANNUALEX, Valiant Shield, MCSOF, Talisman Saber, and various ASWEXs with multiple allied nations. Acted as an LNO between the US Navy, Japanese Maritime Self-Defense Force, and Republic of Korea Navies, including embarking ships to educate personnel on updated tactics to improve bi and tri-lateral relations. Provided training to the CRUDES waterfront on ASW tactics and techniques, which included the creation of an annual ASW training program (ASW Symposium). Worked with Commander Task Forces 70, 74, 72, and civilian contractors to discuss current concerns in ASW and how to mitigate them across the waterfront.  While on Summer and Fall patrols with Ronald Reagan Strike Group, worked closely with CTF72 and CTF74 to execute high interest prosecutions and promulgate search plans and screens to the escorting units.

LT Boyd is authorized to wear the Navy and Marine Corps Achievement Medal, and the Surface Warfare insignia.